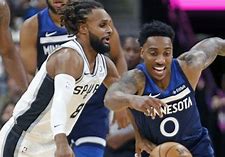 What You Need to Know About the NBA Foul Rules

The NBA foul rules are designed to protect the players and teams from hurting their opponents. Every year, thousands of young children get hurt because they are not playing with proper safety equipment. As a parent, you can learn how to protect your child from injuries by learning these foul rules.

The first part of the foul rules is the so-called “15 foot rule”. This rule states that a player cannot foul an opponent within fifteen feet of the basket. If there is contact on the way to the basket, then this may be considered a foul. There are exceptions to this rule, as well.

Another part of the foul rules is the box rule. In this rule, if the player has his hands on his opponent’s body when the ball is thrown, then it is called a foul. This applies for both offensive and defensive fouls. However, there are exceptions to this rule.

Another part of the foul rules deals with the free throw line. A player cannot go within three feet of the rim, or even within five feet of the rim. There are also certain times when it is acceptable to go beyond the three-point line, but only in case of an uncontested rebound.

As mentioned above, there are rules for just about every area of the game. Although the foul rules are not considered part of the NBA basketball rules, it still pays to know them, so that you can properly control the way your child interacts with the other team.

When it comes to these foul rules, parents need to be aware of how much control they actually have over their children. Many times, it is difficult to prevent your child from fouling someone else. When this happens, it is up to the parent to make sure that their child is not going overboard.

When parents learn all of the rules for the NBA foul rules, they will not have to worry about being held accountable for the actions of their children. They can play safely without worrying about the consequences. By doing this, they will be able to encourage their children to play without fear of hurting someone else.